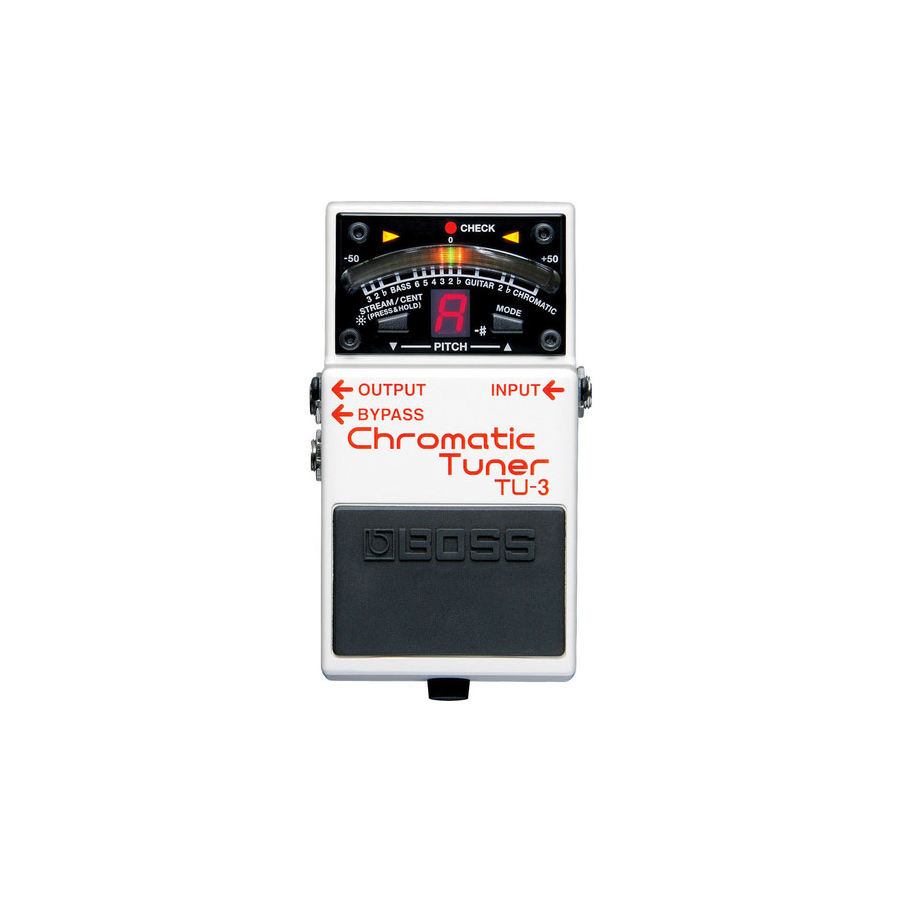 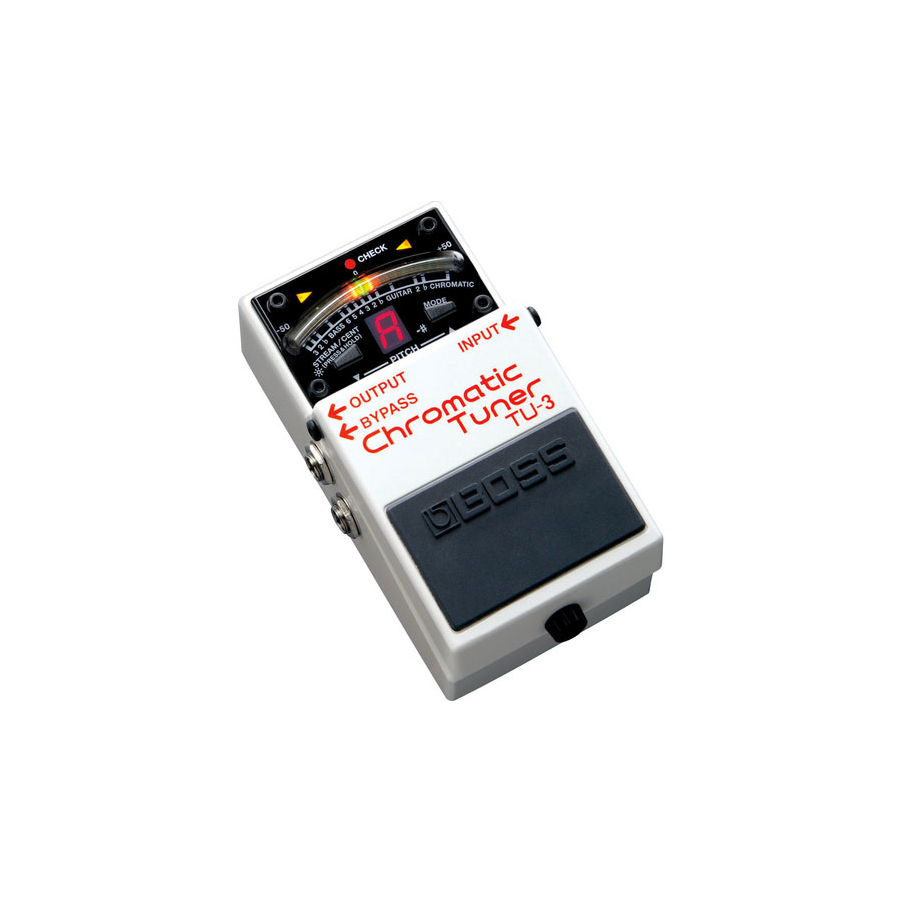 The TU-3 Chromatic Tuner from Boss is a stompbox-style instrument tuner that runs on a 9 volt battery or from AC power. You can plug in any type of guitar or bass and have its output plugged into an amplifier or another pedal. It offers precise and quick tuning with its 21-segment LED meter and note display.

For over a decade, the Boss TU-2 was one of the most popular tuners in the world. The TU-3 carries on the tradition, and adds many useful features that make it even easier to use. With the push of a button you can change the TU-3's operational mode to handle flat tuning guitars, 6 string basses, and more. The brightness of its LEDs can be changed to be seen in direct sunlight.

There are two separate outputs on the TU-3. One mutes the signal so no sound gets outputted when tuning. The other output doesn't mute the signal. Both outputs can be used at the same time, allowing you to pass the instrument's signal to more than one source. The TU-3 also features a DC output jack that enables you to power up to 6 other Boss pedals when using the separately available PCS-20A power cable. 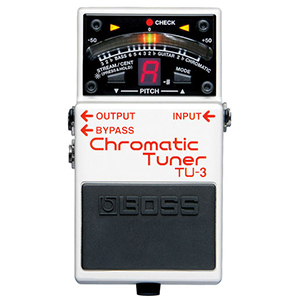