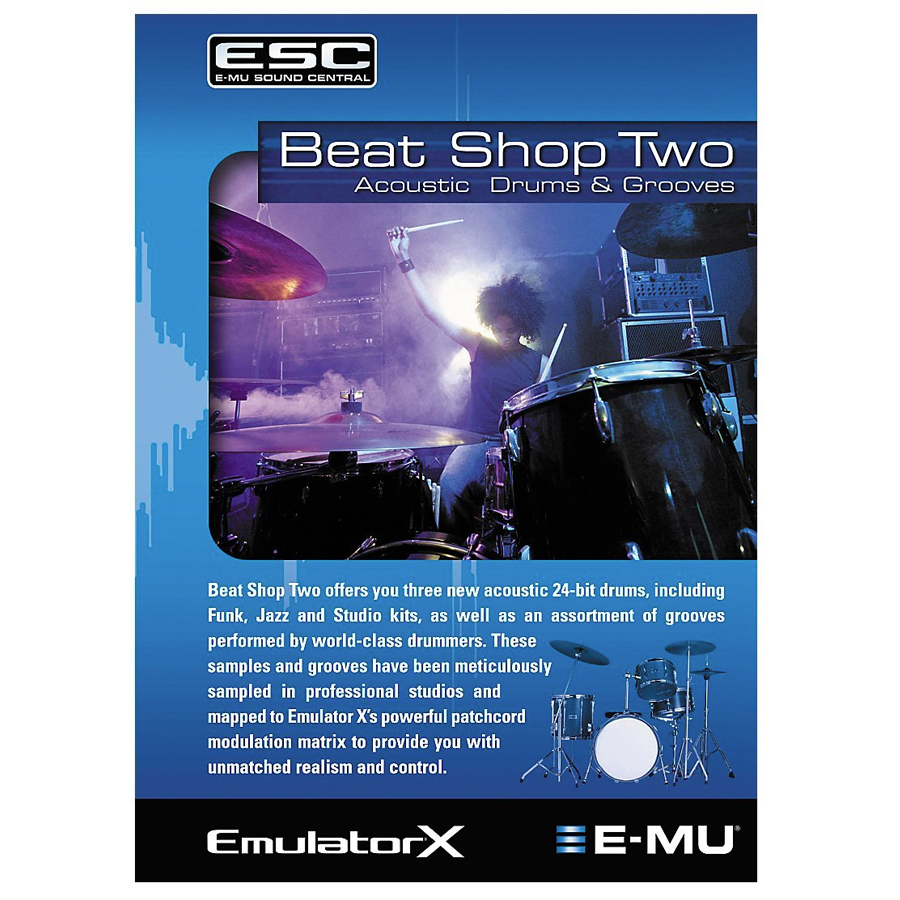 Beat Shop Two offers you three new acoustic 24-bit drums, including Funk, Jazz and Studio kits, as well as an assortment of grooves performed by world-class drummers. These samples and grooves have been meticulously sampled in professional studios and mapped to Emulator X''s powerful patchcord modulation matrix to provide you with unmatched realism and control.

The Beat Shop Two kits were meticulously sampled through a complete range of playable velocities using 8 microphones, tube preamps and pristine 24-bit ADCs. These close and overhead samples were then mixed for each individual drum for optimal punch and room ambience, and each kit is comprised of up to five layers. The result is real drums in real rooms played by real drummers.

The Beat Shop Two grooves were performed by world class drummers in professional studios. E-MU''s sound designers then broke the grooves down into their various rhythmic components and looped them at the same tempo, providing you with an almost infinite variety of rhythmic combinations available in one key map. Beat Shop Two also provides you with presets that combine grooves and a drum kit on the same keymap, allowing you to play individual hits together with the grooves. The grooves can also be modulated using the patch cord modulation matrix.

For use with Emulator X and Proteus X. 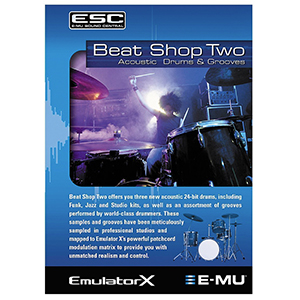