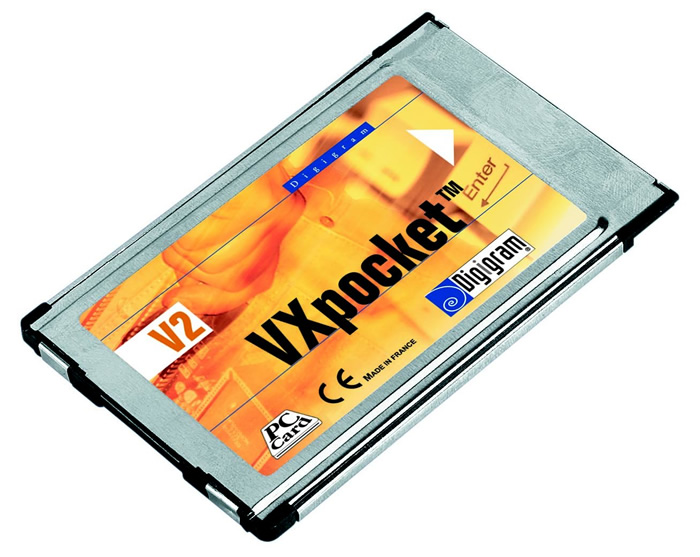 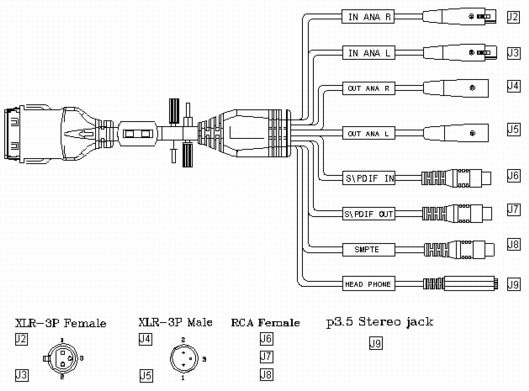 Digigram's VXpocket v2 offers the power to perform serious audio production on laptop computers by presenting excellent audio quality plus compatibility with the most popular applications under Windows, the Mac OS, and Linux.

"If you have been longing to convert your laptop computer into a digital audio workstation,
Digigram's VXpocket is a convenient and elegant way to do it."
Electronic Musician Product Review

It features one stereo SPDIF input and output allowing digital record/playback and an LTC (SMPTE) time-code input. A breakout cable is provided with XLR connectors for the analog inputs/outputs, phono connectors for digital and LTC, and a stereo mini-jack for headphone monitoring.

If the possibility of running sophisticated audio applications on your laptop has sparked your imagination, this range of cards can turn your concept into a reality. 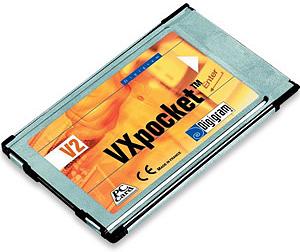